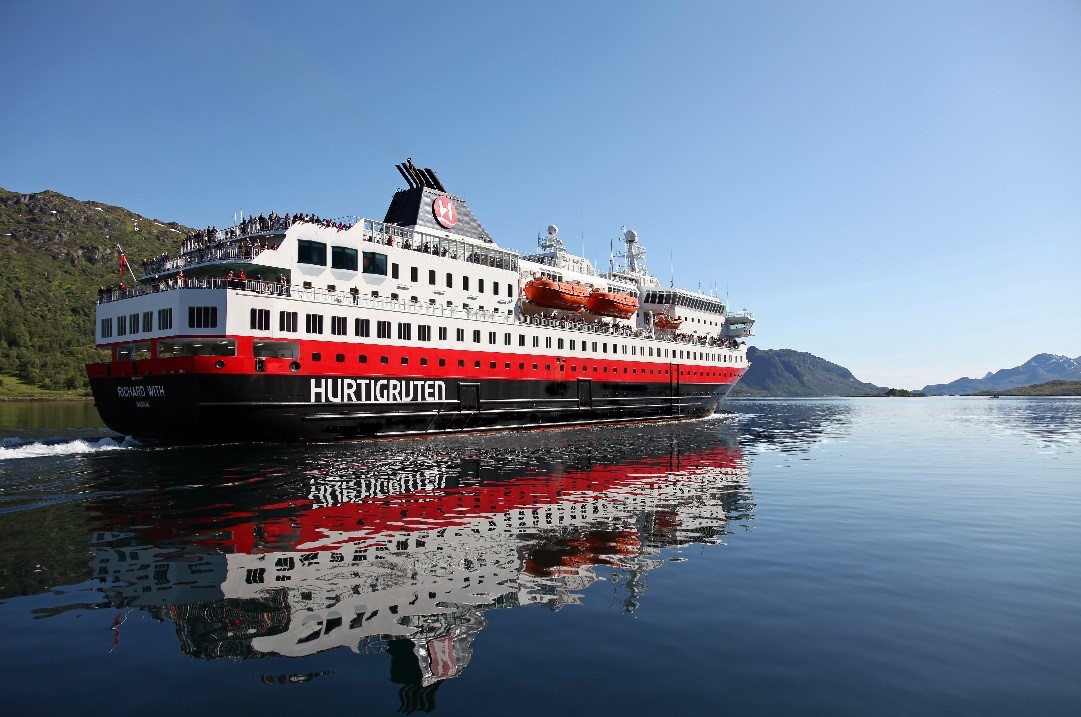 Hurtigruten enters into a major agreement with Fosen: Total upgrades of two vessels

Hurtigruten and Fosen Yard have entered into a new major contract. Both MS Richard With and MS Nordlys will undergo total upgrades at the yard.

The contract with Hurtigruten secures work at the Trøndelag shipyard for longer periods in both the autumn of 2018 and the spring of 2019.

– This is very good news for all of us at Fosen Yard. We are proud to have won this major contract in international competition, says CEO Anders Straumsheim at Fosen Yard – where Hurtigruten has in recent years carried out a number of rebuilds, upgrades and maintenance work.

– This indicates that Hurtigruten is satisfied with the projects and the collaboration over several years. Jobs like this are very important to be able to maintain and further develop all disciplines at the yard, says Straumsheim.

First out is MS Richard With who is going to Fosen in November. The ship, which bears the name of Hurtigruten’s founder, will then sail out of the year Hurtigruten celebrates its 125th anniversary with a completely new appearance:

** All cabins on board – both for guests and crew – will be refurbished and rebuilt with new interiors and new bathrooms.

** All common areas are being refurbished, including new restaurants, bars, lounge areas and outdoor hot tubs.

** In addition to re-modelling and upgrading, the main restaurant aft on deck 4 will have new, large panoramic windows that extend from floor to ceiling.

** The ship will have far more suites than today. The suites aft on deck 6 will have large panoramic windows and bay windows where guests can enjoy the view along the Norwegian coast.

– This is the most comprehensive upgrade of Hurtigruten’s ships ever. The ship will appear as brand new and give both travellers on the Coastal Route and guests from all over the world a far better experience than today, says Tor Geir Engebretsen, Executive Vice President for Maritime Operations at Hurtigruten.

In the spring of 2019, MS Nordlys will follow. She will also be completely upgraded from keel to mast at Fosen Yard, which has done several major projects for Hurtigruten in recent years.

Both ships are tailor-built for traffic on the Coastal Route from Bergen to Kirkenes, which they will continue to operate in the future.

– We are impatient to get started. It is not long till the new agreement with the Government commences in 2021. And it is not easy to find available capacity at serious shipyards that have good experience with passenger ships. Therefore, we are very happy to work with Fosen again, says Engebretsen.

About MS Richard With

Tailor-built for operating the Coastal Route between Bergen and Kirkenes. Named after Hurtigruten’s founder Richard With.

The yard has long traditions in the construction of passenger ships and celebrated its 100th anniversary in 2018.

Among the passenger ships built at the yard are several cruise ferries to the Mediterranean, the luxury apartment ship The World and Hurtigruten’s MS Midnatsol and MS Trollfjord.

Hurtigruten was established in 1893 and has for 125 years built up to become a world leader in expedition travel.

The company operates the legendary Coastal Route from Bergen to Kirkenes, with 11 Tailor-built vessels and daily departures.

Hurtigruten’s ever-growing fleet of expedition ships takes guests to spectacular destinations from Svalbard in the north to Antarctica in the south.