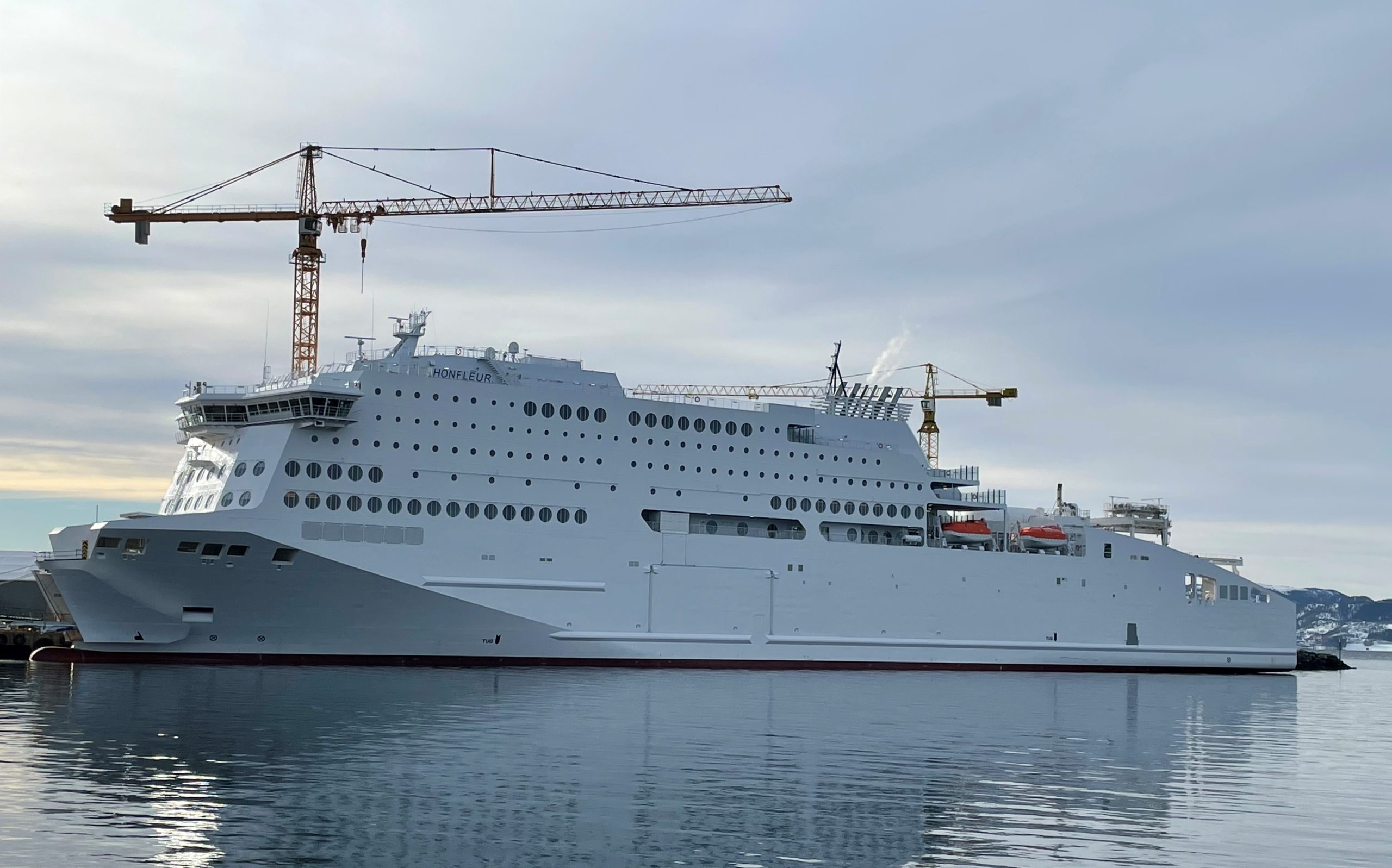 RoPax HONFLEUR was delivered to Siem Industries on 22 May 2022, after 19 months of extensive work at Fosen Yard, Rissa, to complete the vessel, originally ordered by Brittany Ferries, after it was left half-finished at FSG when the yard filed for insolvency.

RoPax HONFLEUR has a rather motley history, being originally ordered by Brittany Ferries at Flensburger Schiffbau-Gesellschaft (FSG) in 2017. However, after many delays, this contract was cancelled in June 2020, when the vessel was half-finished, as the shipyard filed for insolvency. In the fall it was taken over by Siem Industries and towed to Fosen Yard in Rissa for completion, where it arrived on 2 November. We at Fosen took on this extensive task with vigour and during the following 19 months finished all the outstanding works on board and executed several sea trials, as the vessel has dual fuel engines and thus, had to be tested running both on fuel oil and LNG. On 22 May 2022, we handed HONFLEUR over to her owner and she set sail for Poland, where she is still waiting for a customer to purchase or charter her.